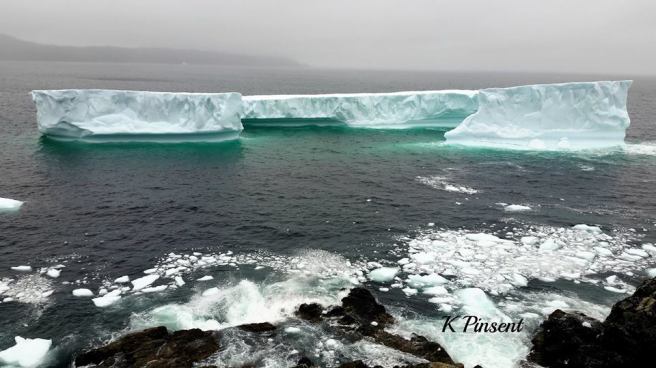 It all started with a Facebook post from Karen Pinsent.  This amazing iceberg in Brighton.  Brighton? We’ve never been to Brighton!

Leo got home Friday night and was willing to not only do a Saturday drive but thought an overnight might be a good idea. Woohoo! Brighton, here we come.

I made a request for tips on my Newfoundland Iceberg Reports fb page and Fudge’s Restaurant and Motel were recommended as well as the Blue Water Inn.

Breakfast at the Gander Breadbox had us on the road by 9:30 with a bit more than a half tank of gas. We try, when possible, to do our gassing up “out around” to help the smaller dealers in communities we visit. One tank of gas won’t make or break them but if 6 people from my iceberg page happened to gas up at the same station on a Saturday or Sunday, I’m sure it would be noticeable at the end of the day.

Our gas stop was fortunate because we met Nicole at the Causeway Express and she knows how to answers a question or two. We filled up with gas and used the (very clean) facilities. I gave her some business cards with the Facebook page and my blog address and she told us about their iceberg ice cream treat they make. Of course, we needed one!

She was very eager to tell us about the area and when I told her our mission was icebergs she directed us to Spencer’s Dock, a road we certainly would not have found without her help. As a result, this is what we saw. 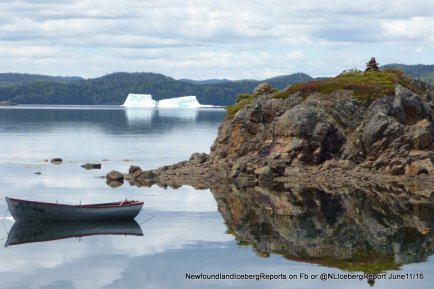 From there, we headed to Fudge’s Restaurant in Triton for lunch. Although it was almost 1 pm,  it was very busy and very good. Fish Combo was delicious as was Leo’s soup and grilled cheese. Wifi check in was a nice feature too.

When we finishing lunch I had a message from my buddy Michael Roberts who posts on our group.

Would I like to go out in his speedboat and see and iceberg? Um, yeah!

There aren’t words so I’ll let the pictures do the talking. 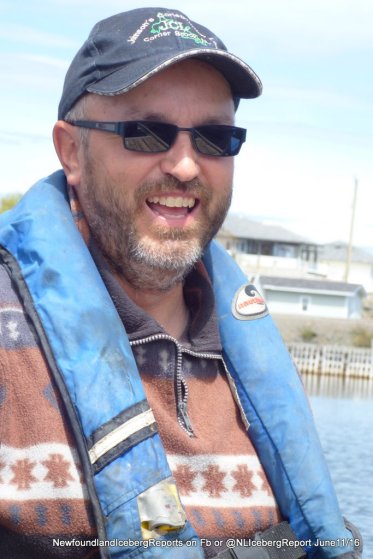 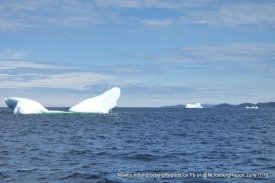 Mike is a fisherman and runs a small tour company using his open speed boat. His plan is to eventually use his longliner for tours but it’s a long and very expensive process to get the boat approved although it is approved for crab and other fishing purposes. Badger Bay Boat Tours is another growing business in Triton.

After a couple of hours on the water, we were decided that we’d be spending the night in Brighton. We called Wanda Bridger and she had one room left in her Parker’s Blue Water Inn property but the room wasn’t ready to rent. She offered to meet us there to show us the room. We waited at the property and admired the view of the neighbour’s swing across the road. 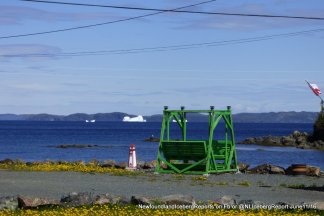 Wanda is a dynamo! She quickly arrived and showed us a lovely room but told us she wouldn’t let us have it unless she could have an hour to do the cleaning. Then, after a great visit she took us sight seeing!

From Freddy’s LookOut we saw a gorgeous iceberg that we surely would have missed without her guidance (and SUV). 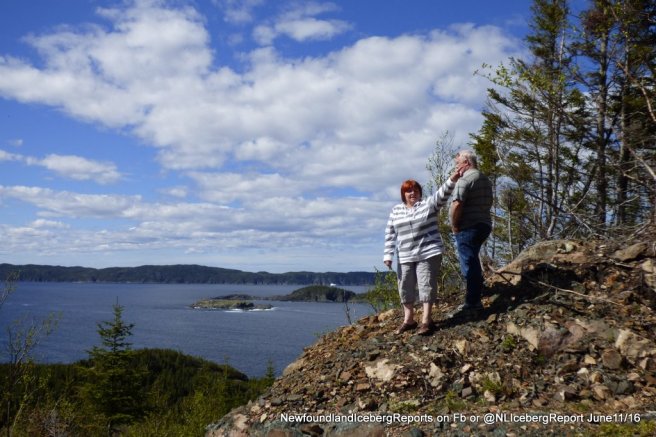 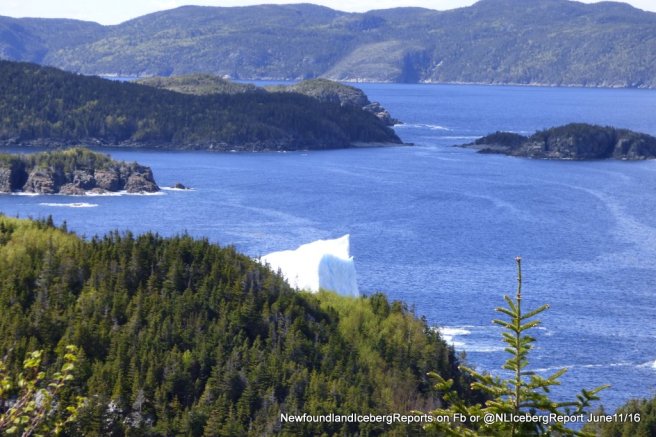 She even took us to her house and showed us the view and we had a great visit. In addition to the Parker’s property, she rents the downstairs floor of her beautiful house! the view from her windows and the guest deck is spectacular!

She dropped us back to the Inn after because she “had people coming and needed to make up a room”!

We finally found out way to Brighton and it was all we had hoped for.

We stopped at Crystal’s for dinner with the local coffee boys and picked up a few baked treats for a snack later. Again, the food and service were outstanding and the local men and Leo found lots of common connections in people they knew from either Fogo Island or Gander.

At Bayside, we picked up some beverages and the selection of ready to go was excellent. We picked up some dinner rolls and breakfast snacks and found the most beautiful place to relax and enjoy them when we got back to room number 4. 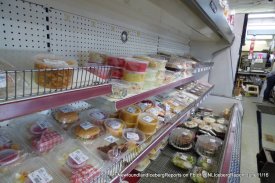 Just a taste of our adventure! We revisited all of the bergs again on Sunday before leaving and have plans for at least two nights the next time we come to Triton and area because we missed so many communities by being rushed.

Thank you again to Nichole, Mike and Wanda and the amazing hospitality of Triton. We’ve never experienced anything quite like the welcome and hospitality. Sincerely, Diane

PS. As I was getting ready to post, this popped up from Karen Pinsent. That Brighton berg foundered!